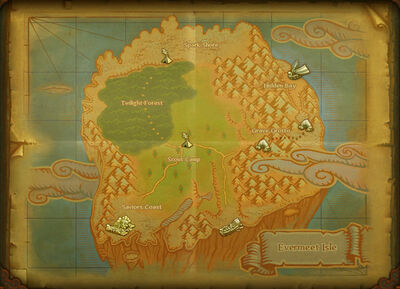 Evermeet Isle is the first area that League players visit when they finish the Clement's Tower tutorial instance. To leave the Isle and move on to Novograd, players must complete a quest chain, starting with The Mysterious Stone. The island holds many other mysteries as well...

Once they leave the island, they can never come back.

Retrieved from "https://allods.fandom.com/wiki/Evermeet_Isle?oldid=12238"
Community content is available under CC-BY-SA unless otherwise noted.